In 2016/2017, while studying for my Ph.D., I unfortunately suffered an abusive relationship which heavily impacted my life and work. My ex-partner was charged with criminal damage and assault, and the case went to a criminal trial. At this, he was found guilty of the first charge but not the second, leading several newspapers to declare that I had lied. Following this, I decided to begin raising awareness of intimate partner abuse and to encourage universities in England to acknowledge the issue among students.

To this end, I published a blog, detailing my experiences of the relationship, as well as various articles (more information on the blog). After this I set about encouraging the University of Cambridge to include intimate partner abuse in its regulations, which they agreed to. I also worked with other students and staff to help the University improve other aspects of its policies regarding sexual assault and harassment, as part of which I published this report with three other students. Following this I released several opinion pieces, including one in the Guardian, recommending that all universities in England provide better support for students who suffer intimate partner abuse. I have also spoken at conferences on intimate partner abuse and have given guest lectures to criminology and gender studies students at multiple universities.

In 2018 I was elected Graduate Women’s Officer at my college at Cambridge. As part of this, I helped to organise the annual Women’s Dinner and I organised and ran a mandatory session on sexual assault, intimate partner abuse and consent for incoming students. This featured professional speakers from local organisations as well as student speakers, and received very good feedback. I produced a document covering the content of this workshop, in the hope it will continue to be run in the years to come. In 2019, I was fortunate enough to be awarded the Provost’s Prize by my Cambridge college, which excitingly came just a few days before the University announced changes to their disciplinary procedure, which included specific incorporation of abusive relationships in the regulations. I plan to continue working to encourage other universities to follow suit. 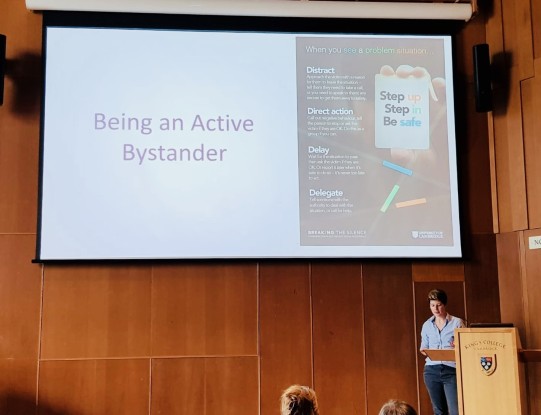 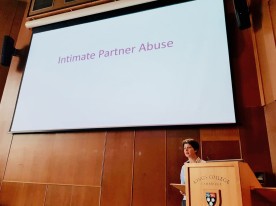 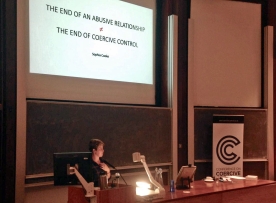